On Wednesday, three further cases were found in the community, but it was decided that the current outbreak has been contained. As a result, Auckland's alert level has dropped to Level 2, and the rest of the country returned to Level 1. Alert level settings will be revisited on Monday 22 February.

The BNZ-BusinessNZ Performance of Manufacturing Index (PMI) rose strongly in January, up 9.2 points to 57.5 and above the long-term average of 53.0 for the index. All major sub-index values rose, and new orders were particularly strong, up 12.1 points.

…countered by weakness in services…

However, the Performance of Services Index (PSI) fell by 1.2 points to 47.9, in contractionary territory and below the long-term average of 53.8. New orders remained in expansion mode but sales and employment both fell, down 4.6 points and 5.9 points respectively.

Respondents to the survey cited influences from the Christmas period, ongoing COVID-19 related issues (including freight challenges) and a slower return to business-as-usual post holidays all contributing to the ongoing trend of contraction in services activity.

The BNZ-BusinessNZ GDP-weighted Combined Performance Index (PCI) was unchanged from December in January at 49.2. This series has been trending down since late 2017, however there are signs that this downward trend has been slowing over the past few months (Figure 1). 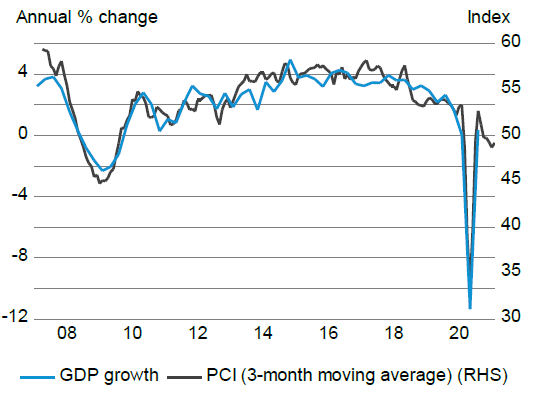 The latest New Zealand Activity Index (NZAC) continues to show modest growth. Activity in January was up 0.8% compared to January 2020. The growth is slower than in the previous months due to contradicting signals from the constituent indicators. While electronic card spending and heavy traffic declined compared to January 2020, the PMI is at its highest level since August 2020 and is much higher than the same month last year.

The latest NZAC result may indicate that the recovery in activity following COVID-19 related disruptions, is starting to plateau. 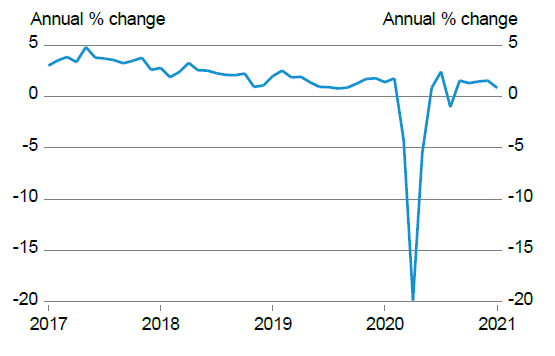 National house sales fell 28.9% in January after recording a 10.5% increase in December. However, for the three months to January 2021, house sales were still over 30% higher than the same period a year ago. Demand in the market remains high, with low interest rates providing support, and median days to sell in January fell to 35, the lowest level for the month of January in 17 years. 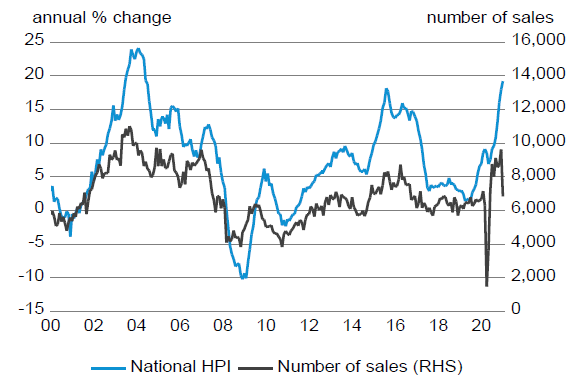 The continued uncertainty relating to the economic recovery and household incomes may weigh on house price growth in the quarters ahead, along with the reinstatement of the loan-to-value-ratio restrictions.

Dairy prices rose again at this week's GlobalDairyTrade auction, up 3.0% from the previous event (up 2.1% in NZD terms). All products offered recorded gains. Whole milk powder prices rose 4.3%, driven by higher demand from China, and skim milk prices were up 0.3%.

Annual net migration continued to fall, to a provisional net gain of 44,100 in the year ended December 2020, as border restrictions continue to limit migration. Provisional estimates for the year ended December consist of 85,800 arrivals (of which 33,500 were NZ citizens) and 41,600 departures (of which 11,700 were NZ citizens). 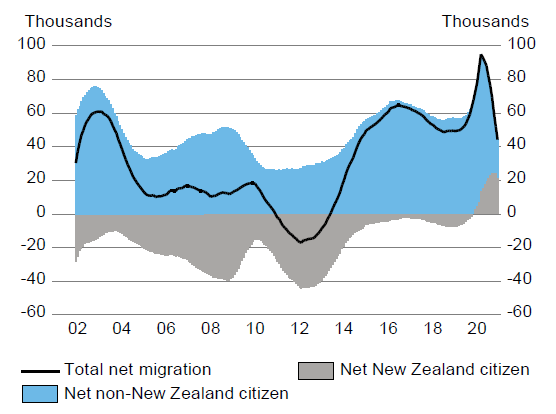 Disposable incomes were rising prior to COVID

The 2019/20 Household Economic Survey (HES) showed that median annual household income after housing costs rose by 7.0% in the year to June 2020. Data for the “year to June 2020” was derived from the nine months from July 2019 to March 2020, due to Statistics NZ being unable to collect data during the COVID-19 lockdown.

Rent payments rose 2.0% while mortgage payments rose 4.5% as higher principal repayments offset lower interest payments. The percentage of people living in low-income households (disposable income after housing costs less than 50% of the median) rose from 16.6% to 17.1%.

This data release does not reflect how COVID-19 affected household incomes due to the timing of the survey. 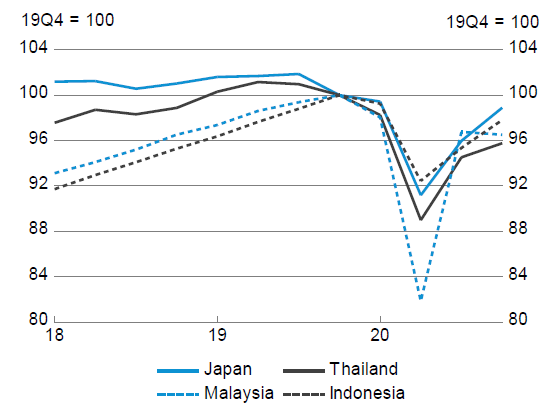 UK GDP rose 1.0% in the December 2020 quarter compared to the September quarter, showing surprising resilience to November's four-week national lockdown. Output increased across each of the services, production and construction industries. There was a further recovery in government consumption and, to a lesser extent, business investment, reflecting the easing of public health restrictions. The level of GDP in the December 2020 quarter was 7.8% below the same quarter in 2019, however, and the 9.9% contraction in annual GDP was the largest on record.

In the euro area, employment increased by 0.3% in the quarter, with over half a million jobs being created despite renewed lockdowns and a 0.6% quarterly decline in GDP. Total job numbers remained over 3 million down on 2019, however.

Minutes from the 27 January meeting of the United States Federal Open Markets Committee show that officials believe the outlook has improved considerably, with fiscal stimulus and widespread vaccination expected to boost growth this year. Monetary stimulus is likely to remain for some time, however, as officials noted that temporary inflationary factors would be looked through. Meanwhile, yields on 10-year US Treasury bonds rose to the highest level since February 2020, amid surprisingly strong outturns in January retail sales, industrial production and producer prices.

Data from Bloomberg show that 57.4 million COVID-19 vaccine doses have been administered across the United States, with an average of 1.6 million doses per day in the last week. At the current rate, it will take an estimated 9 months to cover 75% of the population with a two-dose vaccine. Globally, 186 million doses have been administered across 82 countries.

Australia's unemployment rate fell to 6.4% in January (Figure 6), a decrease of 0.2 percentage points (ppt) from December. The fall was driven by a 0.2% rise in employment, but also by a 0.1 ppt decrease in the labour force participation rate. The number of employed people was down 0.4% compared to January 2020. Hours worked decreased by 4.9% compared to December, falling back to the lowest level since June last year. The fall was largely driven by workers taking more annual leave than usual, likely due to holiday plans being disrupted by lockdowns earlier in the year. 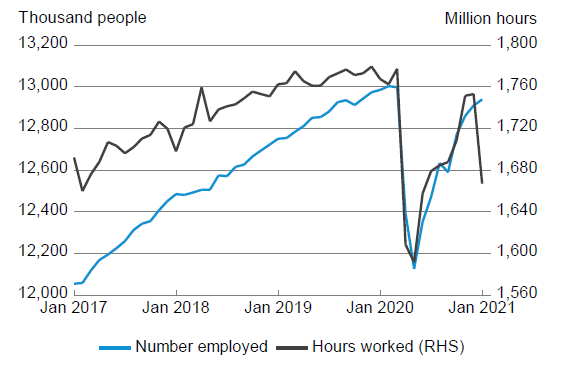 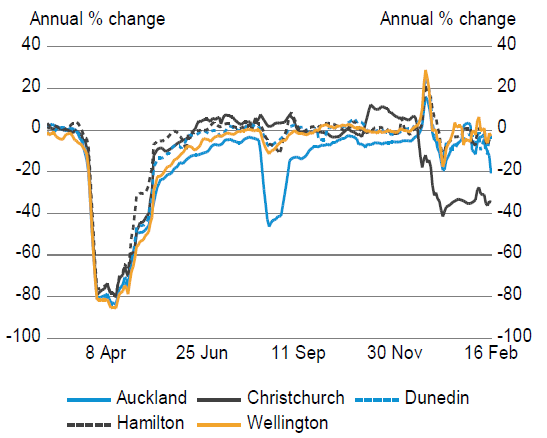 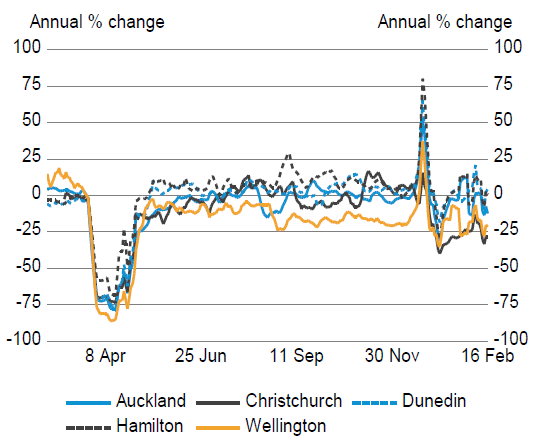 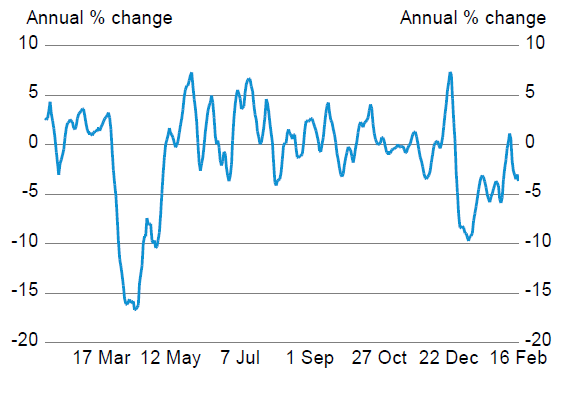 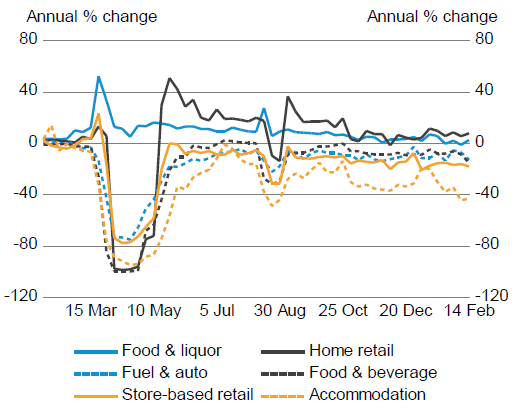 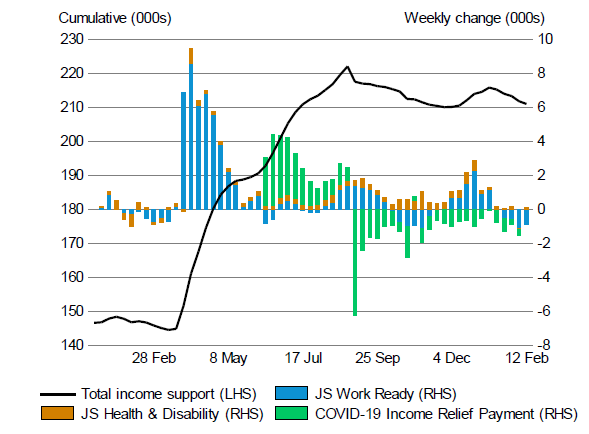 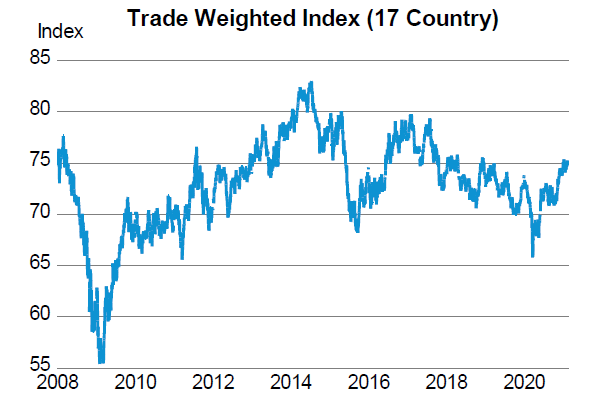 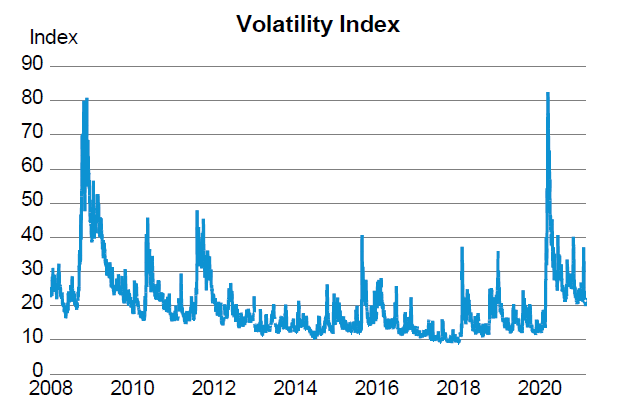 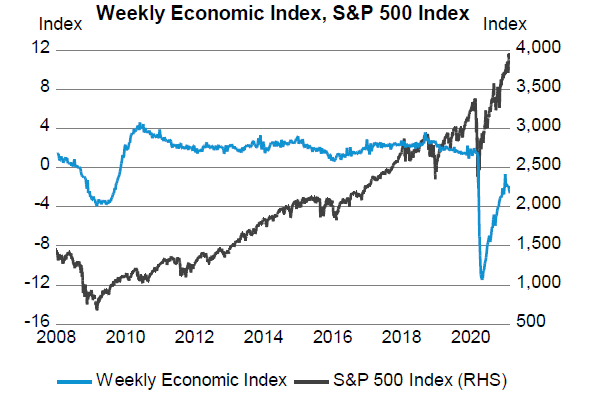 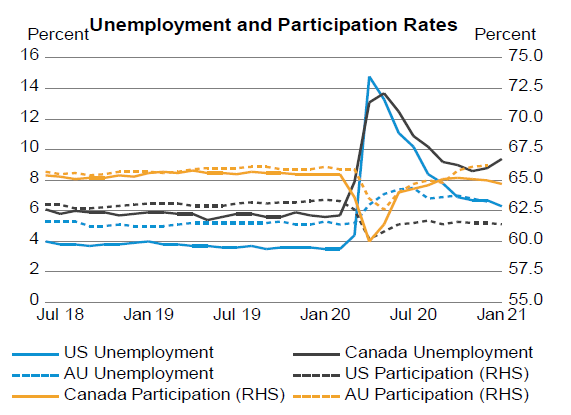 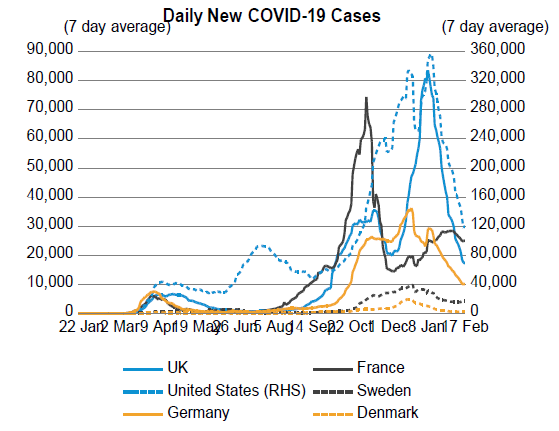 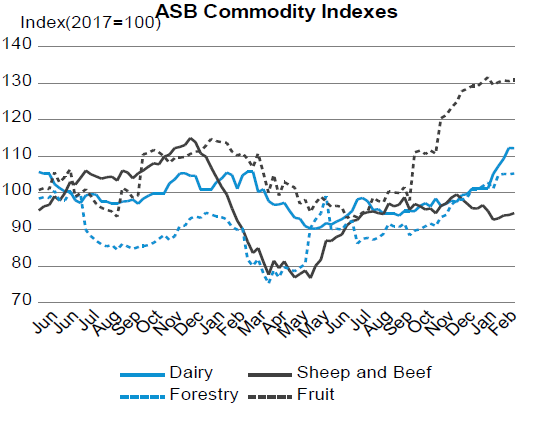