A Snapshot of the 2013 Financial Statements of the Government

A Snapshot of the 2013 Financial Statements of the Government

The snapshot is a high level presentation of key facts and figures of the financial year, intended to make the financial statements more user friendly and accessible.

While the information in this snapshot of the financial statements is drawn from and is consistent with information presented in the full Financial Statements of the Government of New Zealand for the Year Ended 30 June 2013, it is not intended to be read as a full picture of the New Zealand Government's financial performance or position.

The economy continued to grow

The size of the nominal economy increased 2.1% over the year, driven by an increase in consumer spending and a large increase in investment, particularly residential building. 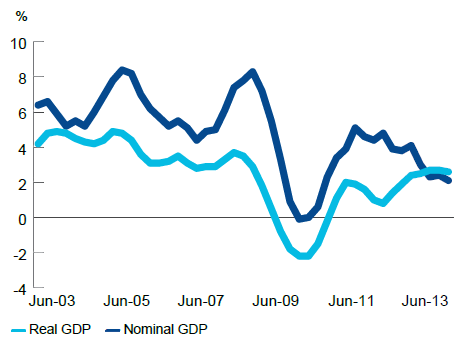 Where does the Government's money come from?

Who pays income tax, and how much?

Your tax dollar - where was it spent? 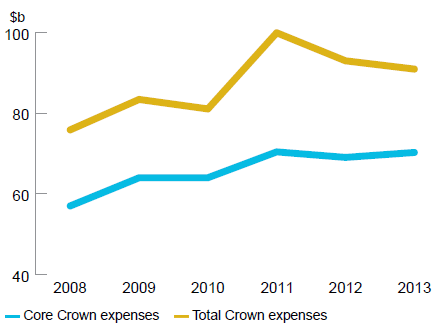 Total Crown expenses were $1.7 billion less than last year as insurance expenses and one-off impairments were higher in 2012.

The peak in 2011 was a result of large Canterbury earthquake costs, which are detailed on the next page.

$10.2 billion to provide 612,000 superannuitants with income support and $4.7 billion to 323,000 people receiving the unemployment, sickness, invalids, and domestic purpose benefits.

$11.5 billion so far to rebuild Canterbury 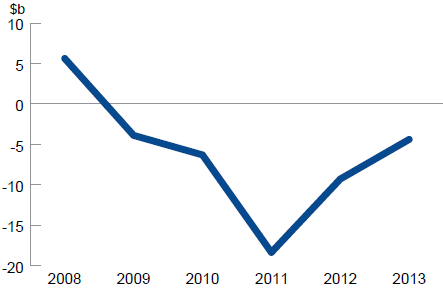 What does the Government owe?

What does the Government own?